Ex-NFL Star Chad Johnson Trying Out for XFL as a Kicker: 'I'm Excited as Hell' 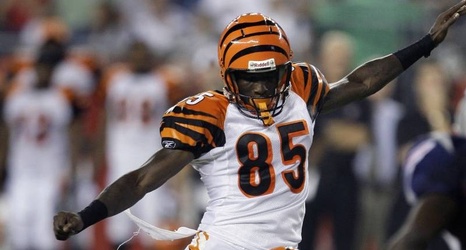 Former Cincinnati Bengals star Chad Johnson is hoping to play in the XFL.

Just not at the position one would expect.

Johnson played wide receiver in the NFL from 2001 through 2011 with the Bengals and New England Patriots, making six Pro Bowls and two All-Pro First Teams. However, he said Tuesday he will try out for the XFL as a kicker and is "excited as hell."

The opportunity to kick in the XFL has presented itself, i must tryout Monday in Houston, I’m excited as hell &amp; I’m sure all will go well ud83dude4fud83cudfff

Kicking is nothing new for Johnson.