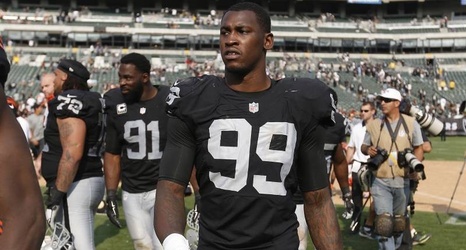 Former San Francisco 49ers and Oakland Raiders linebacker Aldon Smith was arrested around midnight Tuesday on suspicion of driving under the influence in Mission, Kansas.

Shain Bergan of KCTV reported the Mission Police Department said Smith was taken into custody following a traffic stop and was later released to a friend after being booked at the police department.

The 29-year-old Mississippi native attended Raytown Senior High School in Missouri before enrolling at the University of Missouri, where he became a standout defender for the Tigers.

Smith was selected by the Niners with the seventh overall pick of the 2011 NFL draft.