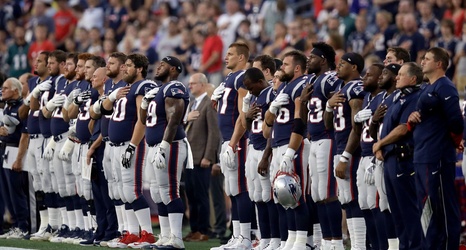 ESPN said on Friday that it would not show the national anthem before the “Monday Night Football” games it broadcasts this season, even as the debate over player protests continues.

Though the N.F.L. has been criticized by President Trump, sponsors and fans for not penalizing players who kneel during the anthem, Jimmy Pitaro, ESPN’s president, told reporters the league did not pressure the network. Pitaro said the N.F.L. was informed of the decision as a courtesy.

This was consistent with how ESPN handled similar situations in prior years, he said.

The anthem has become a flashpoint in the two seasons since the former San Francisco 49ers quarterback Colin Kaepernick began kneeling to shine a light on police brutality and other forms of social injustice.