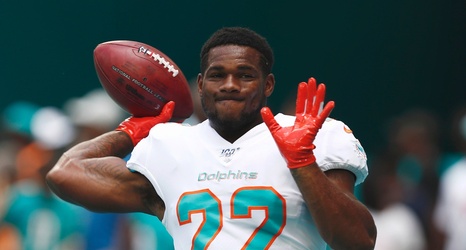 The Dolphins cut running back Mark Walton on Tuesday after he was arrested on charges of aggravated battery of a pregnant woman.

According to the police report from Davie, Fla., Walton got into an argument with the woman, whose name was withheld, around 4:15 a.m. on Tuesday. He pushed her against a wall and “punched her several times in the face and head,” leaving her with swelling around her left eye.

The woman is five weeks pregnant and Walton is the father, the police said, noting in the report that he had been informed of the pregnancy on Sunday.