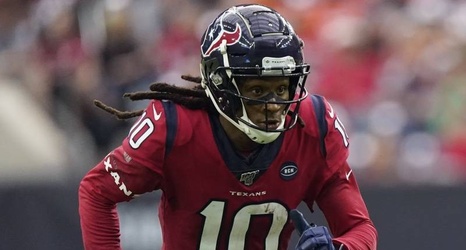 DeAndre Hopkins has been an elite receiver throughout his seven years in the NFL, but he is still looking for a championship.

"It's really Super Bowl or nothing for me," the wideout said Thursday on ESPN's Jalen & Jacoby, lamenting his lack of team success with the Houston Texans.

The three-time All-Pro was traded from to the Arizona Cardinals this offseason, which Texans head coach and general manager Bill O'Brien justified by saying in April, "He had three years left on his deal, and he wanted a raise," per Aaron Wilson of the Houston Chronicle.