Dak Prescott Isn’t Asking for Too Much From the Cowboys 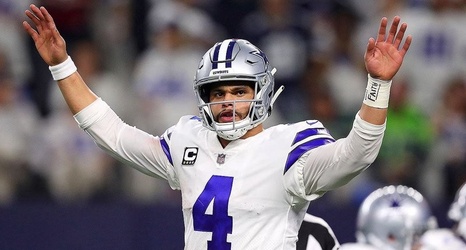 In August 2017, Matthew Stafford signed a five-year deal for $135 million, becoming the NFL’s highest-paid player. In the four years leading up to signing that deal, he threw for 17,496 yards, 107 touchdowns and 54 interceptions, good enough for a completion percentage of 63 and a quarterback rating of 89.9.

This came shortly after Derek Carr signed a five-year, $125 million contract, making him the NFL’s highest paid quarterback, and, by extension, its highest-paid player. At that point, he played in 47 career games, amassed a 60.9 completion percentage, threw for 11,194 yards, 81 touchdowns and 31 interceptions and averaged a quarterback rating in the high 80s.