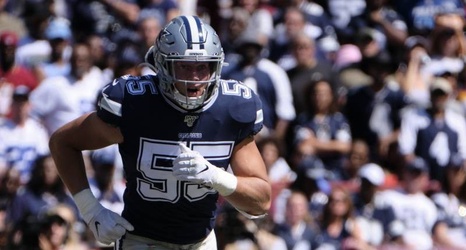 Dallas Cowboys linebacker Leighton Vander Esch suffered a neck injury during Sunday's game against the Philadelphia Eagles and will not return.

Injuries were a topic surrounding Vander Esch entering the 2018 NFL draft. He was limited to just six games as a redshirt sophomore at Boise State as he dealt with a concussion and a neck injury. His agent told the Idaho Press his client passed all medical checks during the pre-draft process.