Cowboys' Ezekiel Elliott After Win: We Don't Give a F--k What Doug Pederson Says 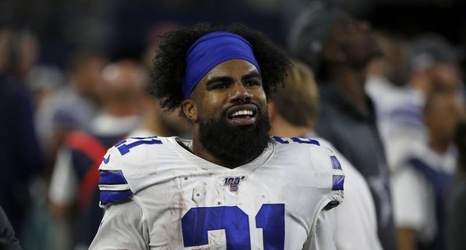 Philadelphia Eagles head coach Doug Pederson thought his team would be in first place in the NFC East following Sunday's game against the Dallas Cowboys.

"Honestly, we don't give a f--k what Doug Pederson says," Elliott said after a commanding 37-10 victory, per Marcus Hayes of the Philadelphia Inquirer.

Elliott's comments come after Pederson didn't hesitate to express confidence in his team after last week's loss to the Minnesota Vikings. He appeared on 94.1 WIP and said the Eagles would be in first place after winning in Dallas.