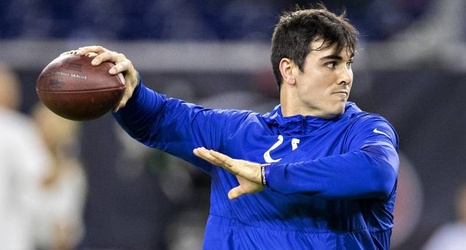 Chad Kelly is the Indianapolis Colts third-string quarterback, but his time with the Denver Broncos has followed the 25-year-old to Indy.

According to TMZ Sports, Broncos linebacker Von Miller's personal videographer Jackson Belcher filed a lawsuit against in which he says Kelly punched him and broke his nose during Miller's 2018 Halloween party at Denver's Gothic Theater. Belcher is seeking "unspecified damages" for the alleged assault and battery as well as damage to his $14,000 camera.

Belcher also said he suspected Kelly was drunk and high.

"In his suit, Belcher claims he went up to the second floor to retrieve a camera when he was 'inexplicably grabbed' by Kelly .