Bucs HC Bruce Arians: 'I Don't Care Who's My QB. We've Gotta Have a Defense' 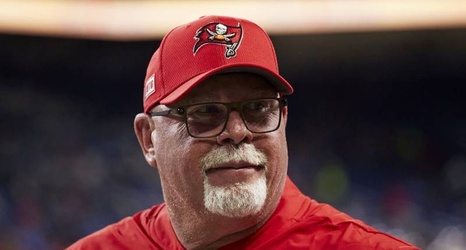 Bruce Arians was an offensive coordinator before making the leap to head coach, but his primary concern entering the 2020 season is defense.

Arians' comment comes as quarterback Jameis Winston's future in Tampa Bay is uncertain, which he also addressed on Thursday.

"Really nothing has changed," Arians said about Winston's status, per Rick Stroud of the Tampa Bay Times.