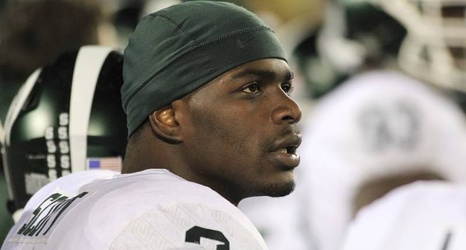 On Monday, the Browns announced they had signed undrafted running back L.J. Scott out of Michigan State. On Thursday, Scott reportedly decided not to pursue an NFL career anymore.

"Source close to L.J. Scott tells me L.J. has decided to not play football and has left the Browns," WFMJ TV sports director Dana Balash tweeted. Cleveland.com's Mary Kay Cabot followed that up by reporting that the Browns have waived Scott.

The Youngstown, Ohio native also participated in the Baltimore Ravens' rookie minicamp before landing a contract with the Browns.