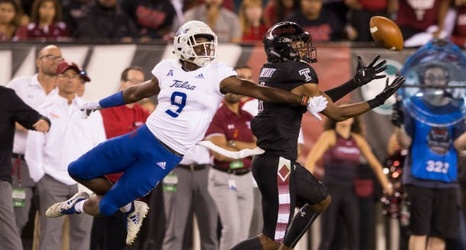 —Listed as an edge-rusher, Washington measured in at 305 pounds and will be utilized as a 3-4 defensive end or 4-3 tackle after playing inside, head-up and outside the tackle in college.

—Overpowers blockers with massive strength at the point of attack; is strong enough to control Big 12 offensive tackles.

—Very good read-and-react skills; locks out blockers with his arm length and then controls them until he locates the ball.

—Three-year starter who is battle-tested and ready to make an impact early in his career.