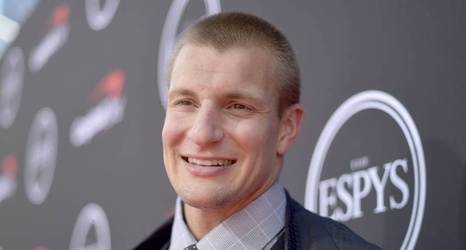 Based on Rob Gronkowski's pre-draft visit with the New England Patriots, it's a miracle the star tight end was drafted by the organization.

Patriots head coach Bill Belichick revealed on NFL Network's NFL 100 All-Time Team show that Gronkowski fell asleep on the floor during his visit with the team in 2010:

Bill Belichick tells the story of how the @Patriots drafted @RobGronkowski, with an interesting pre-draft visit ud83dude02 #NFL100 https://t.co/dC8JMDh2BL

In 2015, NFL.com's Conor Orr wrote an article about pre-draft visits in which he described them as "sort of worthless" in the overall scheme of things teams look at before selecting a player.