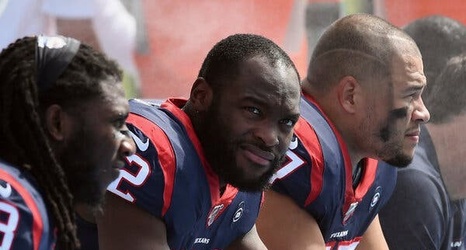 Barkevious Mingo, an eight-year N.F.L. veteran, was arrested in Arlington, Texas, on Thursday night and charged with indecency involving sexual contact with a minor, a felony.

On the advice of his lawyer, Mingo turned himself in to the police and was released after paying a $25,000 bond. The police did not release any additional information because of the age of the victim and the nature of the allegation, which was said to have taken place in 2019.

Lukas Garcia, Mingo’s lawyer, called the allegations “completely baseless,” adding: “Mingo is the victim of a false claim, and we believe this is motivated by money or some other ulterior motive.