As the Raiders Exit Oakland, Las Vegas and a $2 Billion Stadium Await 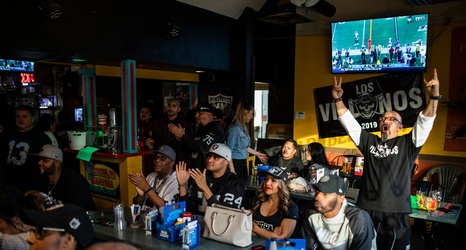 LAS VEGAS — Timing is everything and Megan and Eddie Cerda timed their move to Las Vegas well. In January, they opened Chanclas Cantina, a sports bar five miles east of the Strip, and some of their first customers were members of the Los Villanos Raiders booster club. The club, which has grown from 10 to 100 members in a year, now calls the bar home.

Last Sunday, dozens of fans in the team’s signature silver-and-black jerseys packed a section of the bar to watch the Raiders fall to the Tennessee Titans, all but dashing their playoff hopes.