Arizona Cardinals' Kyler Murray on new deal: 'No other place I wanted to be' 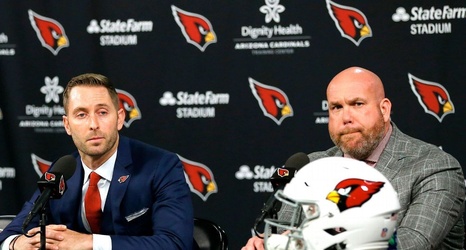 TEMPE, Ariz. -- After an offseason that bordered on the tumultuous as he waited for his extension to be done, Arizona Cardinals quarterback Kyler Murray said Friday, a day after agreeing to a mega deal, that he's where he wants to be.

"My job is to fulfill my promise and bring a championship here. There's no questions about it," Murray said. "There's no other place that I wanted to be this whole time. And I mean that."

Murray, dressed in a royal blue suit and brown Louis Vuitton loafers, largely ignored the social media firestorm that started when he deleted all photos related to the Cardinals from his Instagram account after the Pro Bowl and continued with every nugget of information throughout the offseason.