Are the Patriots Vulnerable at Last? Don’t Bet on It. 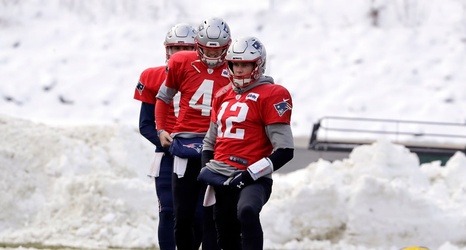 Don’t you see it? The signs are all there.

Tom Brady is a cranky 42-year-old, fed up with whippersnapper teammates half his age who repeatedly fail to grasp the ingenious intricacies of his passes. Moody, downcast and wincing from an aching elbow and toe, Brady looks as if he wants to retire with Gisele Bündchen to the $9 million, 12-bath mansion the couple reportedly bought last month in backcountry Greenwich, Conn.

Or, he could do the unthinkable as a free agent next spring and sign to play elsewhere.