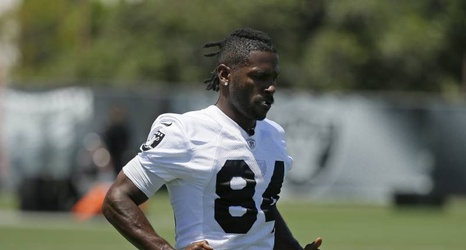 Oakland Raiders wide receiver has a decision to make after his grievance against the NFL was reportedly denied regarding the use of his helmet.

Brown filed a grievance in hopes the NFL would allow him to continue using the helmet he's used during his first nine seasons. The fiasco has played itself out behind the scenes throughout the offseason, as the NFL implemented a new rule banning Brown's favored helmet over safety issues.