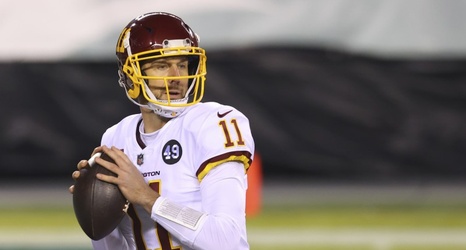 Two former NFL quarterbacks have reportedly received an audition with CBS Sports to potentially join the network as television analysts.

Per Andrew Marchand of the New York Post, Alex Smith and Mark Sanchez were among four former players who auditioned with the network recently.

The others were Joey Galloway and Sean Lee.

Marchand noted that CBS Sports created an opening for a game analyst when it didn't renew Rich Gannon's contract at the end of the 2020 season, but it "does not feel as if it has to add someone" because of its talent depth.