Alex Smith Hopes to Play in NFL Again After Recovering From Leg Injury: 'That's the Plan' 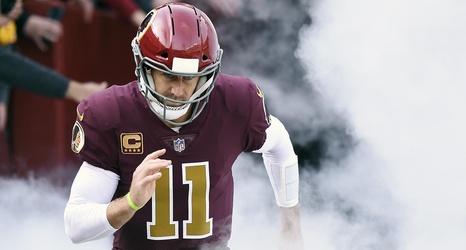 Washington Redskins quarterback Alex Smith plans on playing in the NFL again after recovering from the compound fracture he suffered in November.

In his first public comments since the injury, Smith told Fox 5 DC's Angie Goff that he hasn't abandoned hope of returning to the field, even though he knows it will be a long road to get there.

"That's the plan," he told Goff. "There are steps I've got to conquer before I get there. ... Learning to run again. That's a big one. I'm already throwing. Throwing isn't a problem, but dropping, moving around, change of direction.