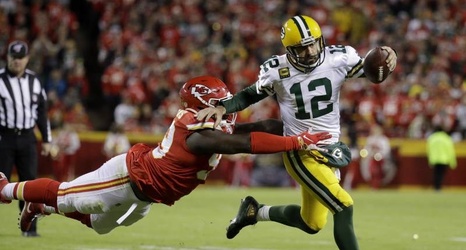 The Packers, meanwhile, improved to 7-1 and expanded their winning streak to four games. Every win is crucial for Green Bay, too, as the 6-2 Minnesota Vikings continue to surge in the NFC North.

However, the 5-3 Chiefs remain atop the AFC West as the other three teams in the division will leave Week 8 below .