49ers' Solomon Thomas passionate in his fight for suicide prevention 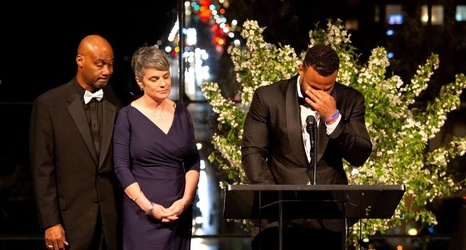 SANTA CLARA, Calif. -- Dressed in a tailored tuxedo, standing in front of about 400 people in the Appel Room at Lincoln Center in New York City with his parents by his side, San Francisco 49ers defensive lineman Solomon Thomas accepted an award and delivered a speech much as he'd done many times for his exploits on a football field.

This time, though, it had nothing to do with football. This was an introduction of the new Solomon Thomas: Still a son and a football player, forever a brother and now a distinct and important voice in shining a light on the issues of mental health and suicide.