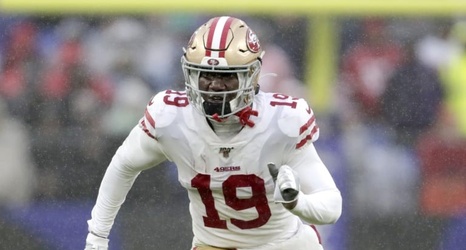 San Francisco 49ers wide receiver Deebo Samuel appears to be ready to return to action after missing his team's first three games due to a foot injury:

Samuel put together a solid rookie season, catching 57 passes for 802 yards and three touchdowns in 15 games.

Before he could build on that momentum in 2020, the former South Carolina star suffered a Jones fracture in his left foot while working out with teammates in June. San Francisco placed Samuel on injured reserve ahead of its season opener, which meant he'd miss at least the first three games.