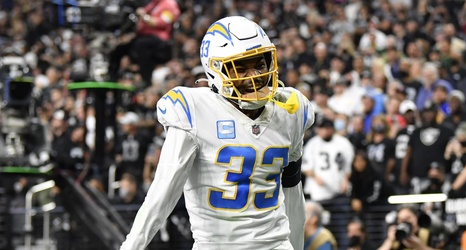 Derwin James Jr. became the highest-paid safety in NFL history by agreeing to a four-year, $76.4 million contract extension with the Los Angeles Chargers on Wednesday.

ESPN's Adam Schefter reported the financial details of the agreement. Ian Rapoport of the NFL Network noted the deal includes $42 million in guaranteed money, which is also a new record for the position.

Here's a look at some instant reactions to the lucrative extension:

James was part of an emerging trend this offseason of players opting to "hold in"—showing up for training camp but not taking part in practices while waiting for a new contract.