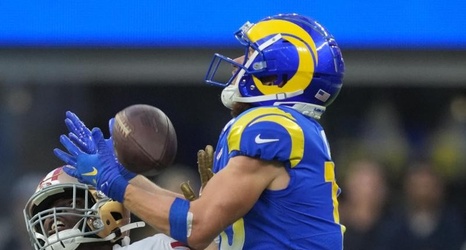 NFL Offseason - Our annual look at the advanced stats in the passing game continues with what has become a very NFC West-focused series this year. Last week, we talked about YAC+ and the dominance of the San Francisco 49ers. We also covered passing plus/minus, where Kyler Murray reigned supreme. But the 49ers and Cardinals didn't win the Super Bowl last year; that was the domain of the Los Angeles Rams. And it was the Rams who had the receiver who shattered all of our DYAR records, as Cooper Kupp's triple crown was just as good in advanced stats as it was in traditional ones.