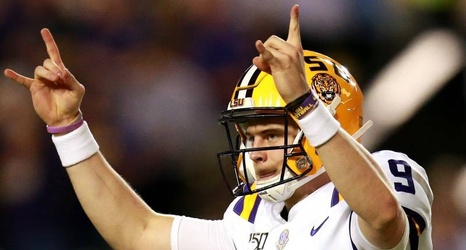 The 2020 NFL draft may as well be renamed the Joe Burrow draft.

The LSU senior quarterback has set college football on fire this season and surpassed Alabama junior quarterback Tua Tagovailoa as the most sought-after QB in this year's class.

Burrow is responsible for his own surge, though. In his second season as LSU's starter, Burrow has torched opponents for 4,715 yards and 48 touchdowns opposite only six interceptions with a 77.9 completion percentage.

There are plenty of quarterback-needy NFL teams craving that type of production. Topping that list through Week 14 are the 1-12 Cincinnati Bengals, who have benched veteran Andy Dalton for rookie fourth-rounder Ryan Finley before returning to Dalton.