2020 Bears vision: RB corps could be in fine shape — if they get needed scheme, blocking help 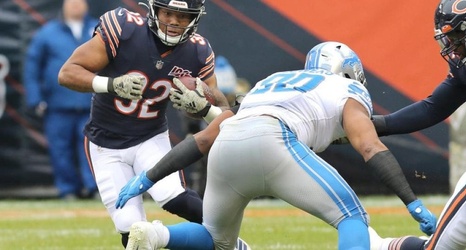 The Bears shipped out Jordan Howard for a sixth-rounder, welcomed in top pick David Montgomery for third- and fourth-rounders and markedly declined running the ball in 2019.

Montgomery may be a better fit as the lead back in Matt Nagy's offense, but his rookie campaign and Howard's final season in Chicago were uncannily similar statistically, with both averaging 3.7 yards per carry and Howard tallying five more yards from scrimmage (1,080 to 1,074) on three more touches (270 to 267). Essentially, it cost Nagy and Ryan Pace a ton to confirm that their run scheme and offensive line, not either lead back, are the root causes of one of the worst ground games in football over the past two seasons.