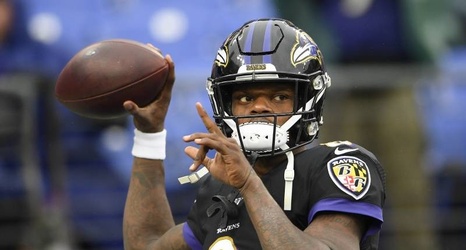 The Baltimore Ravens are the new favorites to win the Super Bowl, fresh off their 20-17 win over the San Francisco 49ers on Sunday.

We have ourselves a new Super Bowl favorite ud83dude33 https://t.co/wWMB8cDiGZ

The win was the Ravens' eighth in a row, moving them to 10-2 on the season. During their winning streak, they've beaten the Pittsburgh Steelers, Seattle Seahawks, New England Patriots, Houston Texans, Los Angeles Rams and the 49ers, all teams in the thick of the playoff picture.