Report: Laremy Tunsil Twitter Video Kept Ravens From Taking Him At No. 6 Overall 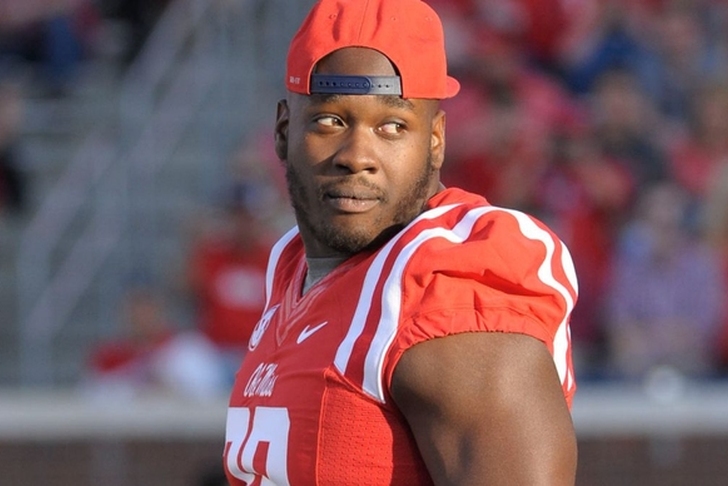 The Baltimore Ravens were planning to take Laremy Tunsil with the sixth overall pick in the 2016 NFL Draft before the Twitter video of him smoking a bong surfaced, reports ESPN's Adam Schefter.

The NFL will not discipline Laremy Tunsil for the Twitter video of him smoking from a bong (see below), but the Miami Dolphins offensive tackle might have to enter the league's substance abuse program, according to NFL Media's Jeff Darlington.

The No. 13 overall pick in the 2016 NFL Draft also finds himself embroiled in a scandal over accepting money from Ole Miss officials due to another hack on his Instagram account.

The Miami Dolphins picked Laremy Tunsil at No. 13 overall. The Baltimore Ravens, the team that most mock drafts had taking Laremy Tunsil, passed on Tunsil in favor of Notre Dame OT Ronnie Stanley.

The video, according to Ian Rapoport, could be years old. However, the timing has clearly impacted Tunsil's stock.

Projected top-six pick Laremy Tunsil, a star OT out of Ole Miss, has tweeted out a shocking video of himself smoking marijuana out of a bong mask with the 2016 NFL Draft just getting underway.

The tweet was deleted shortly after it was posted, but several NFL media members saved the video and pictures of the video before it was removed. How this affects Tunsil's draft stock, if at all, remains to be seen.