From Scrummage to Scrimmage 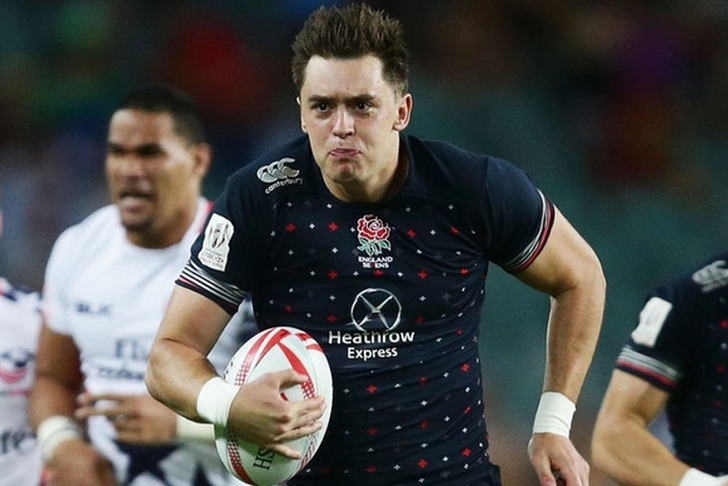 For most of its history, American football has been an all-American game, with most of the players taking the traditional high school and college route to the NFL. But with the game’s growing popularity overseas, things are starting to change. Players from other countries and other sports are starting to make the switch to the gridiron as part of the International Player Pathway (IPP) program.

One such player is former England rugby sevens international Alex Gray, who, with the start of the new NFL league year on March 14th, will join the Atlanta Falcons roster as a tight end.

He is no stranger to top-level sports, having captained the England Rugby under 16s and under 18s, and led England under 20s to the World Cup Final in 2011. He has also played club rugby at the top of the game, turning out for Newcastle Falcons and London Irish.

Gray is built for the NFL because while he may stand at an intimidating 6' 6" and weighs about 18 stones, he can also complete 100m in just 11 seconds. Yet despite his natural talent and ability, and his unique sporting experience, it has still been a steep learning curve for Gray during his practice season at the new Mercedes-Benz Stadium in Atlanta.

The rugby union and American football may look the same, with a similarly shaped ball and goal posts and a shared aim of getting the ball across the line to score, followed by a kick for extra points. But, they couldn’t be further apart when it comes to tactics. “Rugby is instinctive,” says Gray. “Whereas American football is very scripted. I’ve never had to study so hard in my life.”

Fortunately, under the IPP, overseas players are guaranteed at least one full practice season with an NFL team, so they can build their skills and understanding of the game without worrying about losing their job if they don’t learn fast enough.

In many ways, Alex Gray’s unfamiliarity with the game will be a bonus. Instead of feeling intimidated by well-known players and starstruck to be lining up against them, he often has no clue. “I don’t know who half of them are!” he admits. “So, I won’t worry about who I am playing.”

Gray was one of four overseas players in the practice squads last season, including two other Brits, and there could be many more to come. England winger Anthony Watson, who made the rugby union news with two tries in eight minutes in the opening weekend of Europe’s Six Nations Tournament, has expressed an interest in a move to the NFL after the 2019 Rugby World Cup in Japan.

Watson was one of six England players identified as NFL candidates by Osi Umenyiora during the last World Cup and is considering a move after the next tournament. “After we’ve won the World Cup, hopefully, I would like to give it a shot...” he said confidently. “It is definitely something I would be interested in.”

He has the style for a top-flight football career, with hair that would give Odell Beckham Jr. a run for his money. He also has the physique and speed that would do well in the NFL. And with his sights on a unique double of a Rugby World Cup medal and a Super Bowl ring, you can’t say he lacks ambition! Let’s just hope that Alex Gray can have a successful first season for the Falcons and blaze a trail for Watson, and other overseas stars, to join the NFL.