Report: Eagles Could Send Two First Round Picks And More To Browns In Potential Trade 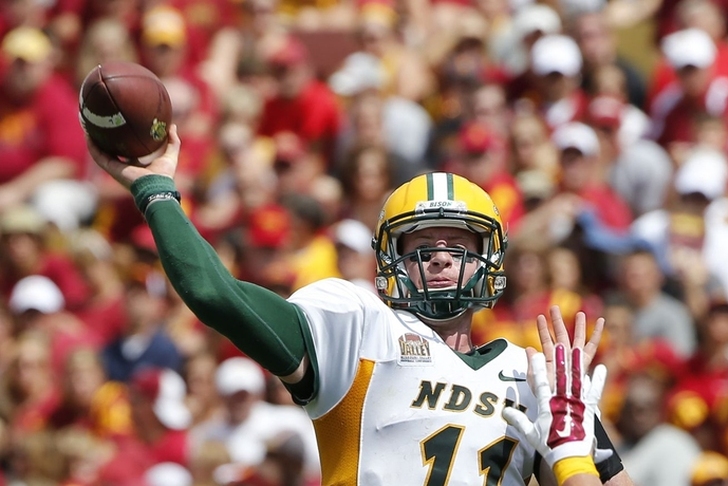 The Browns and Eagles have agreed to a trade. While the exact details aren't quite what was reported below, the deal is similar.

The Cleveland Browns are actively shopping the No. 2 overall pick in this year's draft, and the Philadelphia Eagles are one of the teams interested. If a trade goes down, which is not a sure thing, Fox Sports' Alex Marvez has the details on what the trade could look like.

Marvez later clarified that a deal would include both of the Eagles' third round picks this season. And again, this is only if a trade is completed. Marvez is not reporting that the Eagles and Browns have agreed to a trade.

The Eagles are without a second round pick in 2016 because of the Sam Bradford trade. That's why any Browns/Eagles deal would need to include a future first rounder. For more NFL Draft coverage, download the Chat Sports App.

Philadelphia been linked to Carson Wentz throughout the pre-draft process, despite investing heavily in Sam Bradford and Chase Daniel this offseason. The Eagles would take Wentz (or Jared Goff) and groom him for a year or two. As for the Browns, moving down would allow them to add a starter at a different position, likely on the offensive side of the ball.