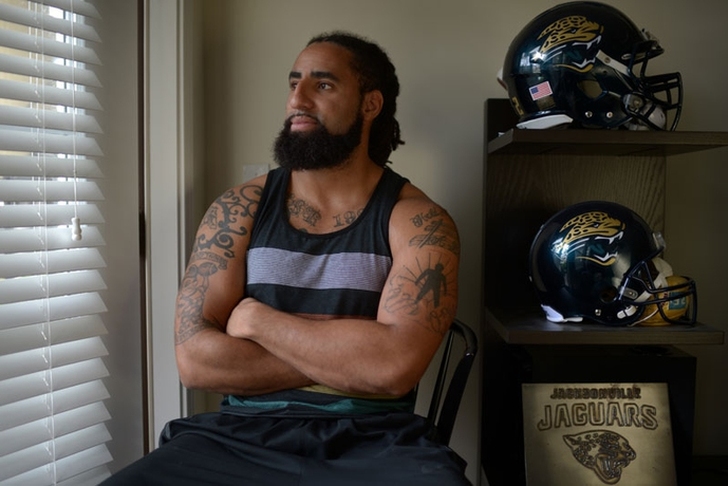 The NFL Combine officially gets underway with interviews and weigh-ins Wednesday. It's also the start of the absurd questions that NFL teams often ask prospects. The most famous example is probably Dez Bryant being asked if his mother was a prostitute by Dolphins GM Jeff Ireland. However, that's not the only strange question that is asked.

Former NFL player Austen Lane went on a twitter reveal yesterday, tweeting out several of the strange questions asked by NFL teams. Lane was a fifth round pick by the Jacksonville Jaguars in the 2010 draft and the defensive end retired after the 2014 season. With that out of the way let's get to the bizarre questions NFL teams ask.

When a scout at the combine asked me... "If you could kill someone and not get caught, would you?" pic.twitter.com/mwK5UX8gvW

When a scout at the combine asked me if I thought my mother was attractive. pic.twitter.com/FPwc6OVdtj

Yeah, this one's pretty weird. Is the scout looking to hook up with Lane's mother?

When a coach made the statement during my combine interview... "I see you have dreads, you smoke weed don't you?" pic.twitter.com/fu2BLm55uF

That's classic stereotyping. Of course, for a league that compares every white WR to Wes Welker, it's not exactly surprising.

When a scout asked me at the combine if I had to murder someone: Would I use a gun or a knife? pic.twitter.com/R5BHMxiDM7

What is the scout hoping to gain from this? Is it a trick question because the players are supposed to answer "I wouldn't kill anyone?"

When a scout at the combine asked me "boxers or briefs". pic.twitter.com/6IwjeszYBD

How does this in affect a player's performance? Perhaps it's just the worst Combine ice-breaker question ever.

NFL teams can, and often do, ask a bunch of weird questions at the Combine. This is likely only the tip of the iceberg in regards to the bizarreness that is the Combine.