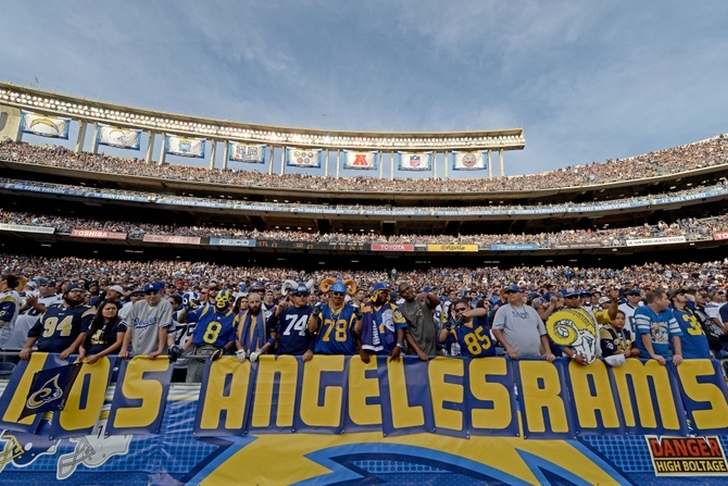 The Chargers are reportedly likely to accept the Los Angeles deal and share the stadium with the Rams. However, the Chargers say that's not the case.

Los Angeles will have at least one NFL team in the near future. The NFL owners voted 30-2 today to allow the St. Louis Rams to move to Inglewood, California. Inglewood is a suburb of Los Angeles. The San Diego Chargers could move to LA as well.

Rams to LA, with Chargers getting first crack through Jan 16, 2017, then Raiders have preference, per sources.

While the Rams wait for the stadium to be built, they'll play in the LA Coliseum starting next year. It's a homecoming for the Rams, who played in LA from 1946 to 1979.

The Oakland Raiders were originally working with the Chargers to move to Carson, California, but that deal went by the wayside in favor of the Rams move. The Raiders should now stay in Oakland, with the NFL expected to help the team build a new stadium.