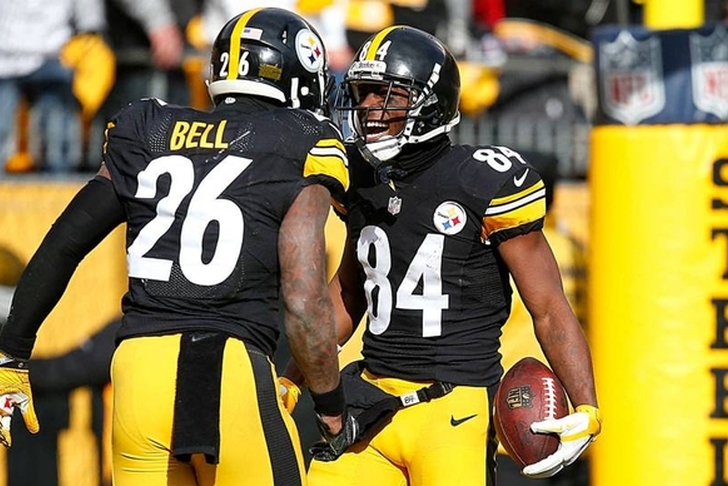 The 2018 NFL season will be here sooner rather than later, and it's never too early to figure out, which teams will make the playoffs next season. The NFC is loaded with talented teams like the defending Super Bowl champion Eagles, but will they secure the one seed again? Perhaps the Vikings, Rams, or Saints are the best team in the NFC again. The AFC is run through New England as the Patriots will be the favorite to represent the AFC in the Super Bowl again, but don't forget about the Steelers. Here are the 12 teams that will make the playoffs in 2018:

AFC:
1) New England Patriots
Until Tom Brady decides to hang up the cleats, the Patriots will remain the top team in the AFC.

2) Pittsburgh Steelers
The Steelers didn't have the best draft but when you have Antonio Brown and Le'Veon Bell it doesn't matter as much. This offense led by those two stars and quarterback Ben Roethlisberger is why the Steelers are the second best team in the AFC.

3) Los Angeles Chargers
Losing Hunter Henry for the season is a huge loss, but this Chargers team is loaded with talent on both sides of the ball. They started 0-4 last season and came on strong down the stretch. If they can put it together this season, the Chargers should win the AFC West.

4) Houston Texans
A full season of DeShaun Watson should mean a division title for the Texans in 2018. The defense added the Honey Badger this offseason and if J.J. Watt can remain healthy this Texans team should control the AFC South.

5) Kansas City Chiefs
No Alex Smith, no problem for the Chiefs making the playoffs in 2018. Second-year quarterback Patrick Mahomes is ready to lead Kansas City and this high powered offense in 2018. The Chiefs have arguably the best tight end in football with Travis Kelce and best young running back with Kareem Hunt. Not to mention the fastest man in the NFL, Tyreek Hill.

6) Jacksonville Jaguars
The addition of Andrew Norwell was a great one for the Jaguars as they will look to impose their will on opponents with a dominant and physical run game. The defense was one of the best units in 2017 and I expect the same in 2018. However, they by far have the worst quarterback play from the teams in their division.

NFC:
1) Philadelphia Eagles
Whether Carson Wentz is ready to go Week 1 or not, the Eagles have shown they can win with backup quarterback Nick Foles. The Eagles won the Super Bowl and got better this offseason.

2) Minnesota Vikings
The Vikings added Kirk Cousin this offseason and strengthened their defense. It's Super Bowl or bust for the Vikings in 2018 considering they gave Cousins $84 million guaranteed.

3) Los Angeles Rams
The Rams added a ton of talent this offseason and may be the most talented team on paper entering 2018. They have a ton of big ego's on defense so it will be important for the Rams coaching staff to get the players to work together. If they mesh as a team, don't be surprised to see the Rams as the best team in the NFL in 2018.

4) New Orleans Saints
A miracle away from going to the NFC championship game. Drew Brees will continue to lead the Saints offense with help from wide receiver Michael Thomas and running back Alvin Kamara.

5) Green Bay Packers
The Packers had a bad year in 2017 because Aaron Rodgers was injured. Rodgers is the best quarterback in the NFL today and if he plays 16 games I can't picture the playoffs without him and the Packers.

6) Atlanta Falcons
The Falcons are in the best division in football and will need to claw to reach the postseason. They are incredibly balanced on offense and defense. Matt Ryan and this Falcons offense should be better in year two under offensive coordinator Steve Sarkisian.