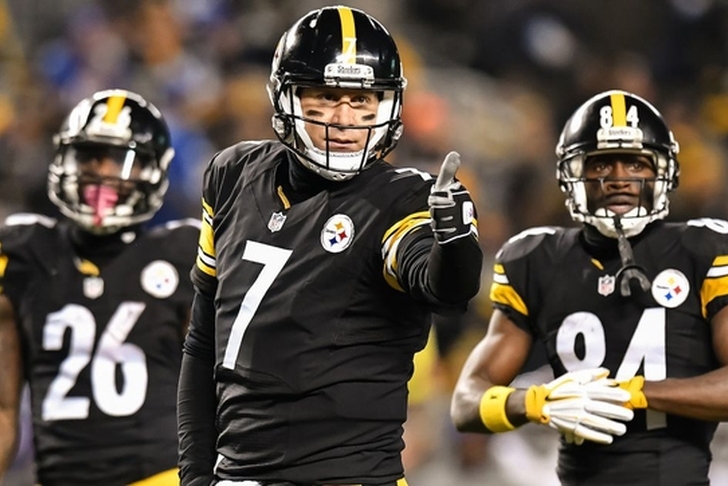 The NFL season is coming to an end with only three regular-season games left.  Only six teams can make it in from the AFC, but there are still 13 teams in total who still have a chance to make the playoffs. With a 39-38 victory on Sunday over the Baltimore Ravens, the Pittsburgh Steelers remain the top seed in the AFC. For some teams, every week is essentially a playoff game because one loss could be the difference between being in or on the outside looking in.

To fully understand how each playoff ranking is decided here is an explanation of the six postseason participants are seeded:

Here are the six teams that will make the playoffs in what I expect to be the final AFC playoff seeding (projected final record in parentheses).

1.) New England Patriots (13-3)
REMAINING OPPONENTS: at Steelers (11-2), vs. Bills (7-6), vs. Jets (5-8)
After an ugly 27-20 loss on Monday Night Football to the Miami Dolphins, the Patriots will bounce back by winning out. The matchup that will dictate who will have home-field advantage throughout the playoffs is in Week 15 when New England travels to Pittsburgh to play the Steelers. The Patriots won't lose two games in a row and will own the tiebreaker over the Steelers at the end of the season.

2.) Pittsburgh Steelers (13-3)
REMAINING OPPONENTS: vs. Patriots (10-3), at Texans (4-9), vs. Browns (0-13)
I believe the Steelers will lose in Week 15 because the Patriots are going to be out to avenge their embarrassing loss last week. The Steelers will take care of the Texans and the Browns, finishing their season on a high note.

4.) Los Angeles Chargers (10-6)
REMAINING OPPONENTS: at Chiefs (7-6), at Jets (5-9), vs. Raiders (6-7)
The Chargers started the season 0-4, but have won seven of nine games and have a realistic chance of making the playoffs. They have a big test this week against the Chiefs in Kansas City, a place where Philip Rivers has struggled in his career. This Chargers team is different and they are playing well, which is why I predict them to win out and win the AFC West.

5.) Baltimore Ravens (10-6):
REMAINING OPPONENTS: at Browns (0-13), vs. Colts (3-10), vs. Bengals (5-8)
A three-game winning streak for the Ravens was snapped by the Steelers this past Sunday. Baltimore's offense played well, which hasn't been the case for most of the season. With three easy matchups, the Ravens will win their next three games to move them to 10-6 and put them in the top Wild Card spot.

6.) Kansas City Chiefs (9-7):
REMAINING OPPONENTS: vs. Chargers (7-6), vs. Dolphins (6-7), at Broncos (4-9)
The Chiefs will see their big AFC West division lead slip through their fingers with a loss this upcoming week against the Chargers. After that loss, the Chiefs will beat the Dolphins at home and beat up on the Broncos on the road. Winning only four of your final 11 games normally isn't enough to make the playoffs but for the Chiefs, it will be.