Power Ranking The QBs In The 2015 NFL Playoffs 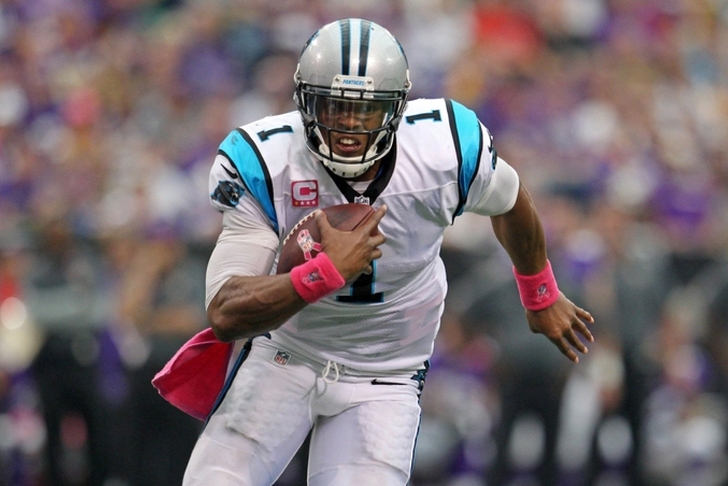 The NFL playoffs are here. It's a QB-driven league, and they'll play a major role in determining who gets to the Super Bowl. These power rankings could turn to out to be completely wrong, and there isn't much separation between the top six players. The difference between No. 6 and No. 1 is razor-thin and all six have what it takes to carry their team to a Super Bowl title. Without further ado, here are my power rankings of the QBs in the 2015 NFL Playoffs.

Putting Osweiler here is just a formality. I fully expect Manning to be the starter for the Broncos. And the fact is that Manning was not good this season. He completed less than 60 percent of his passes for the first time since his rookie year and threw just nine TDs against 17 picks. There's a chance he could rediscover his old form in the playoffs now that he's a bit healthier, but it's tough to trust Peyton right now. Manning is one of the greatest QBs ever, but right now, he's a bad QB.

Hoyer has actually played okay this season, but he's been hurt quite a bit. He played in only 11 games this season, completing 60 percent of his passes with 19 TDs and seven picks. Hoyer isn't an awful QB, but he's among the worst playoff QBs. 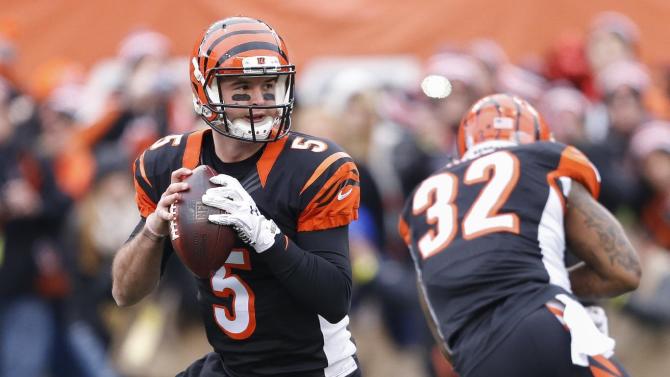 A healthy Andy Dalton would rank higher on this list, but it's unclear when he'll return. McCarron will likely start the wild card game and he's been far from a great QB in his limited playing time. He's a serviceable fill-in for Dalton, but the Bengals aren't likely to win a Super Bowl with McCarron at the helm.

I really like Bridgewater long-term. But right now, he's not much more than a game-manager. He's shown flashes of talent, but he's not quite ready to carry a team to the Super Bowl.

Cousins is hot right now and the Redskins are reaping the benefits of Jay Gruden sticking with Cousins. Cousins is actually sixth in the NFL in QBR and 16th on Pro Football Focus' rankings. He's thrown just one pick in his last six games. However, there's a chance his turnover issues could reappear in the postseason. Smith is a classic game-manager, but he avoids turnovers and can make a few plays. He might not win a ton of games for the Chiefs, but he's not going to cost them many either. His turnover-free style (he has just seven picks this year) helps him rank this high. This is where the list starts to get jumbled. Rodgers is one of the top QBs in the NFL, but he's had a bit of a down year by his standards. He's ninth in Pro Football Focus' ratings and 10th in QBR. There's not doubting Rodgers' abilities, but he's ranks below several playoff QBs this year.

Wilson's strong play is one of the biggest reasons the Seahawks are serious Super Bowl contenders. He's made plays all season long. He's fifth on PFF's ratings and checks in fourth on QBR. The difference between Wilson and the No. 1 QB on this list is not a large one.

Big Ben is one of the top QBs in the NFL and he's played great this year. He ranks second in QBR and fourth on Pro Football Focus. He'd be even higher on PFF if he didn't miss time in the regular season. Roethlisberger has proven himself in the playoffs and he'll have the Steelers making a run for the Super Bowl.

Despite battling several injuries to his top weapons this year, Brady has put together a very impressive season. He's at the top of his game right now and it's tough to bet against him in the playoffs. Brady has a strong case to be No. 1, but there are two NFC QBs playing just a bit better than him. Palmer has been one of the best QBs this season and there's a real argument he deserves to be No. 1. He leads the NFL in QBR and is the top QB according to Pro Football Focus. I have the Cardinals winning the Super Bowl this season and Palmer is major reason why.

Newton should win the MVP this season, so there's no way any other QB can rank above him on this list. He's been wonderful this season, despite having Ted Ginn as his second best weapon. Newton and the Panthers might not win the Super Bowl, but that shouldn't take away from what has been a great year by Newton.

Disagree with what I have and want to call me an idiot? Or agree with me and want to publicly sing my praises? Hit me up on Twitter and let me know who you think is the top QB in the playoffs.