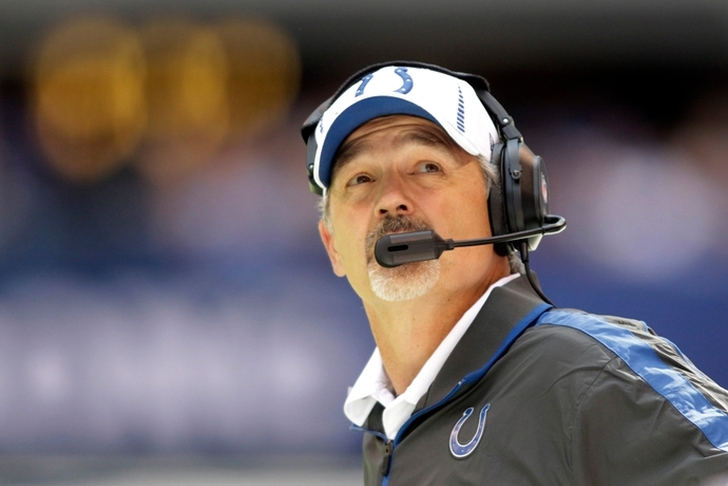 As the season starts to wind down, the noise around many NFL head coaches is going to get louder. While some of the rumors will just be hot air, several coaches are going to lose their job. While most teams will wait until the NFL season ends, it's clear that a few head coaches won't be in charge of their teams much longer. With that in mind, here's our attempt at Power Ranking The NFL Coaches Most Likely To Be Fired At The End Of The Season: 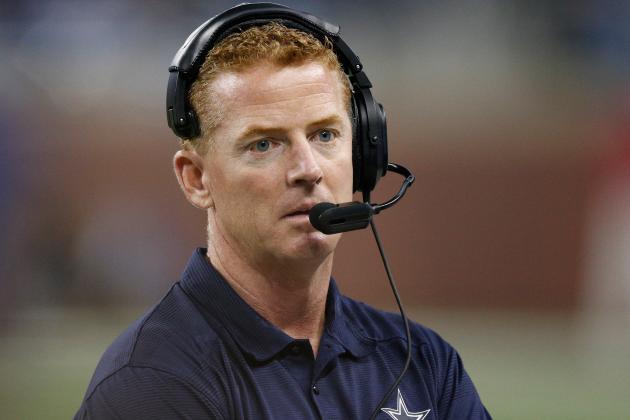 The Cowboys have been just awful this season, but the injury to Tony Romo will likely give Garrett a free pass. Some fans still want him gone, but it seems like Jerry Jones will keep Garrett. However, if Jones thinks he can get someone like or Sean Payton, he'll let Garrett go in a heartbeat. 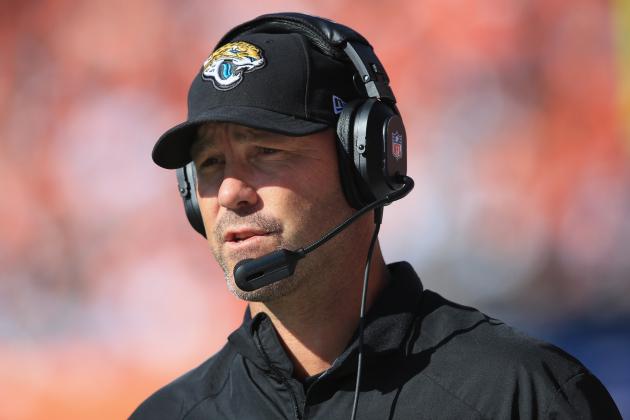 Bradley took over a tough situation in Jacksonville, but has them trending the right direction. The Jaguars haven't capitalized on an AFC South and likely won't win it this season. With the team showing improvement, Bradley has likely given himself another season.

Coughlin has had great success in the past, but his time might be up. The Giants (mostly the Mara family) were patient with Coughlin and gave him another chance. With the Giants unlikely to make the playoffs, Coughlin will likely "retire." It'd be a surprise to see the Giants fire Coughlin, but don't expect him back next season either.

Part of the blame belongs to offensive coordinator Joe Lombardi, who had done a terrible job this season and is now out of work, but the buck stops with the head coach. The Lions had playoff expectations this season, but Caldwell's team was the last one in the league to pick up a victory. After a 1-7 start to the year, it seemed like Caldwell might not even last the season. Sure, the Lions have now won five games this season after beating the Saints, but that's nothing to be proud. The Lions are going nowhere with Caldwell at the helm. Tomsula might be the most unqualified head coach in recent NFL history. He was a defensive coach in NFL Europe, the D-League of the NFL, for seven years, and was a defensive line coach for a Division II school. He was an NFL Europe head coach for a season before taking over as the 49ers' defensive line coach in 2007, but has yet to prove himself capable of handling an NFL head coaching gig. The 49ers have plenty of injury issues, but they looked out-coached far too often. That was the case against a Bengals' squad without their starting QB. The 49ers whiffed on Tomsula and it's time to find a new head coach. 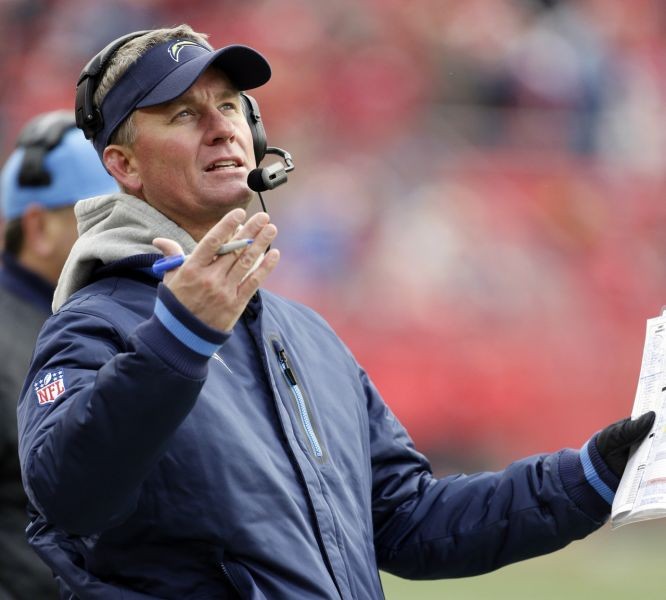 The Chargers were hoping for a playoff run this season, which makes their 4-10 record even more disappointing. After back-to-back 9-7 records, more was expected from McCoy and the Chargers this season. Their only wins came against the Lions, Browns, Jaguars and Dolphins. That's just terrible and he needs to go. The local papers are already calling for his head.

Mike Pettine's seat is growing hotter with each loss, as the Browns have posted a dreadful 3-11 record on the season. Thanks to some questionable coaching decisions, his job is jeopardy. With a loss to Seattle Sunday, it's clear that Pettine is outmatched as a head coach. The Browns are one of the worst second half teams in the NFL and Pettine is directly to blame for that. Our sources indicate that the Browns are going to offer Ohio State Buckeyes head coach Urban Meyer the most lucrative coaching deal in NFL history, and Pettine's ouster will be the official start of that courtship.

The Colts are fighting for their playoff lives and a loss Sunday to the Houston Texans might mean the Colts won't make the playoffs. The Colts have plenty of injuries, but that's not an excuse for Pagano or the Colts. Losing to Brandon Weeden is never okay. Pagano's contract expires after the season and all signs point to him being a goner.