Power Ranking The 4 QBs Left In The 2015 NFL Playoffs 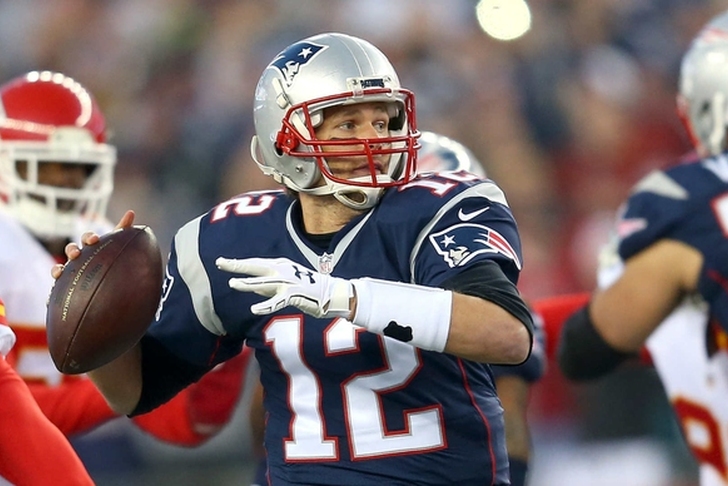 The NFL Championship Round is here. It's a QB-driven league, and they'll play a major role in determining who gets to the Super Bowl. These power rankings could turn to out to be completely wrong, and there isn't much separation between the QBs. These rankings are based on how the QBs have played this season and this postseason. It's not about how great they were in previous years. Without further ado, here are the power rankings of the 4 QBs left in the 2015 NFL Playoffs.

Manning was just not good this season. He completed less than 60 percent of his passes for the first time since his rookie year and threw just nine TDs against 17 picks. He was a bit better in Denver's lone playoff game. He completed 21 of 37 passes for 222 yards. While he avoided the turnovers that plagued him in the regular season, he didn't throw any TD passes either. Manning is one of the greatest QBs ever, but right now, he's a not a very good QB. Palmer has been one of the best QBs this season and there's a real argument he deserves to be No. 1. He led the NFL in QBR and was the top QB according to Pro Football Focus after the regular season. Palmer hasn't been as sharp in the postseason, but has still completed 25 of 41 passes for 349 yards, 3 TDs and two picks. The difference between Palmer and the rest of the top 3 isn't a large one.

Despite battling several injuries to his top weapons this year, Brady has put together a very impressive season. He's at the top of his game right now and it's tough to bet against him in the playoffs. He carried the team past the Chiefs, completing 28 of 42 passes for 302 yards and 2 TDs. He even added a rushing TD. The difference between Brady and the No. 1 QB is razor-thin.

Newton should win the MVP this season, and his mediocre postseason effort isn't quite enough to drop from the No. 1 spot. He's been wonderful this season, despite having Ted Ginn as his second best weapon. Newton completed 16 of 22 passes for just 161 yards and a TD. While the Panthers were up big most of the game, Newton didn't do much of anything in the second half. However, the ultra-conservative play calling is mostly to blame.