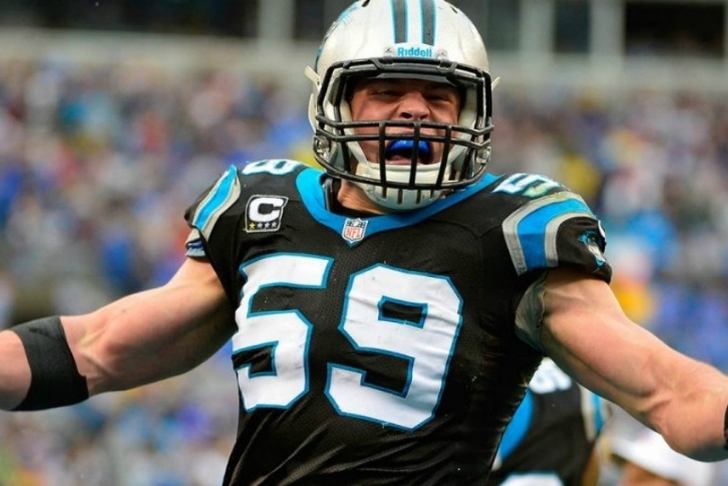 Some are more likely to move on to the big dance, but the bottom line is that either way you slice it, Super Bowl 50 is guaranteed to excite! Let’s break down each team’s chances with a preview of each scenario to see who’s most likely to book their ticket to San Francisco and ultimately hoist Lombardi’s silver.

New England Patriots +190
Yet again, the New England Patriots are favored to end up in the Super Bowl ahead of the rest of the pack. Their odds show that they’re the best of who's left and should cruise past Denver this weekend. Should they make it past the Broncos, they’ll enter their sixth Super Bowl since the turn of the century. The current Super Bowl betting line likes them by a landslide to take the AFC title this Sunday.

Should they face Carolina, it will be a battle of the quarterbacks. The Panthers have shown their defence is penetrable and they are particularly weaker deep in their secondary. The Hawks beat them deep on a number of occasions and that safety position was a soft spot all year.

Should they face the Cardinals, they’ll have to keep an eye out for veteran wide out Larry Fitzgerald. Fitz comes in ebbs and flows, sometimes he’s hot and sometimes he just doesn’t see the football. Last week, he caught 8-of-12 targets for 176 yards and the game winning touchdown. He also added two touchdowns over the final two weeks of the season. This is flow-time and Fitzgerald is on his game.

Carolina Panthers +200
The Panthers are the best team in the NFL on paper. They went 15-1 during the regular season, their quarterback is likely the league’s MVP and Luke Kuechly is slowing making a push to being the next best defensive player in the NFL. He finished the season with four picks and one interception for a touchdown. This past week he also took back a pick-six for a touchdown after interception Russell Wilson in the Divisional Round.

The Panthers will either have to face New England or Denver. Should the face the Pats, they’ll have their hands full in one of the most highly anticipated matchups of the year. Tom Brady has been killing teams every week working hand-in-hand with tight end Rob Gronkowski. If he can sneak his huge frame in behind Carolina’s shorter secondary, the Panthers are in trouble.

If the Cats get dealt a Denver hand, they shouldn’t have too much trouble finding their way to the franchise’s first Super Bowl title. Peyton Manning flat out can’t run right now and Carolina’s defensive line has been looking sharp all-year posting 44 sacks, which was good enough for sixth best in the league. If Peyton gets is forced to make some bad decisions (which we’ve all seen pretty often this season), Carolina led the NFL in picks with 24, and could be very dangerous against the aging slinger.

Arizona Cardinals +325
The Arizona Cardinals finished second in the NFC this season with their 13-3 record, but came together at the right time. They have 10 wins in their last 11 games, including last week’s playoff win over Green Bay and will be hungry against Carolina this weekend. Carson Palmer was deadly in his first playoff game, finding Larry Fitzgerald all night and scrambling to buy the veteran wide out more time. If the Cards can carry that momentum, they’ve got a great shot against Carolina this weekend.

Should the Cards advance to play New England, this becomes a battle of the running backs. Yes, the QB battle will be huge, but it will come down to whose run game can provide a bit of stress relief for their slinger. The Pats have been reduced to their third and fourth string backs for the past few weeks, while David Johnson and Andre Ellington have shown signs of life for Arizona but not consistently. Whoever can establish their ground game first, will get the early advantage.

Should the Cards play Denver in the final game, their defense will need to get to Peyton Manning early and often. Manning, more-so this year over others, has really started to show his age. This will likely be the last dance for the sure Hall of Famer and if Arizona can establish an attack, the veteran QB should crumble. He just doesn’t have enough gas in the tank to escape the pocket as often as he used to.

Denver Broncos +425
Denver has the worst odds of moving forward because the world is against them. Not in a bad way, just in a realistic fashion. Peyton Manning does not have the legs of Cam Newton or the arm of Tom Brady any more. He now has to make due throwing wobblers and scrambling as far as his legs will take him. Should they magically beat the Patriots though, the road won’t get any easier for the Broncos.

If they play the Panthers, Peyton’s supporting cast will really need to get their act in gear quickly. The Broncos ground game ranked 17th overall averaging 107.4 yards per game in the regular season. It was typically a non-issue because the air attack would usually bail them out. If Carolina’s deadly defense steps up early though, watch for a blowout in San Fran.

If the Broncos face the Cardinals, they’d be a little more even matched. Like Denver, the Cards built their success through the air. Carson Palmer changed his game over the years from a more mobile quarterback to a pocket passer. In turn, he resurrected his career and has been one of the elite ever since. The difference between Palmer and Manning is that CP still has that mobility option if needed, and can still throw darts. Peyton doesn’t possess the arm strength he used to and will likely not be able to keep up with the younger Cards.