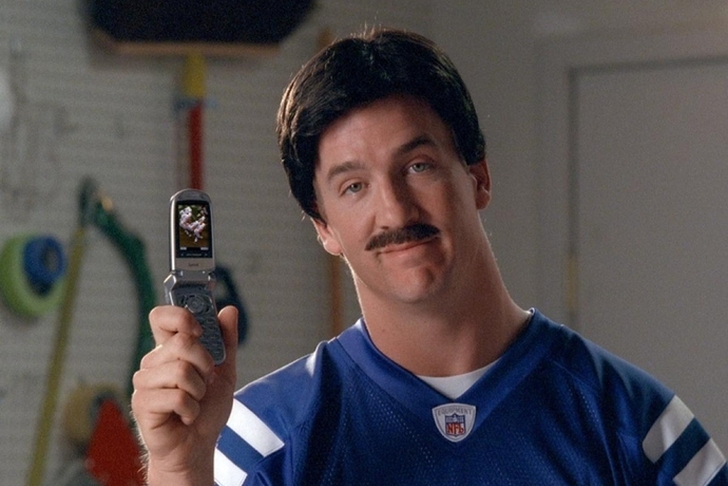 The first one of the list is one of the older ones. I mean, just look at how old that phone is! Can you even use Twitter on it?

Oh high-voiced Peyton Manning. Nobody liked you, but you were a successful commercial because you got people taking.

Back when MasterCard was running those "priceless" commercials, this one with Manning was on the better ones. It's a solid commercial, but it's not even in Manning's Top 7.

7. How To Throw A Football

I taught my sister how to throw a football this way. She's got a Tim Tebow-like motion now, but it works.

One of ESPN's many strong commercials, this consists of Peyton and Eli acting like immature brothers. But, where's Cooper? You know, the other Manning brother.

5. Football On Your Phone

Nothing about this DirecTV commercial should work. And yet, it kind of does. In a very weird way.

4. Chicken Parm You Taste So Good

This commercial was overplayed, but it was a pretty catchy jingle.

This DirecTV fake TV show trailer for "Football Cops" doesn't have the same recognition as some of the ones on this list, but its should. That's because Eli Manning kills a dude with a football. Seriously.

If the Broncos had this version of Peyton Manning, they wouldn't be in desperate need of a QB.

Note: There's a longer version of the skit on NBC.com. It's a got a few more jokes too.

This one is actually an SNL skit, but it's a fake commercial so we're going to use. It's too funny not to. But it almost didn't happen, as Peyton didn't want to hit kids with a nerf football at first. But, the parents of the kids started yelling at Peyton to hit their children. Manning caved and we have this wonderful skit as a result.