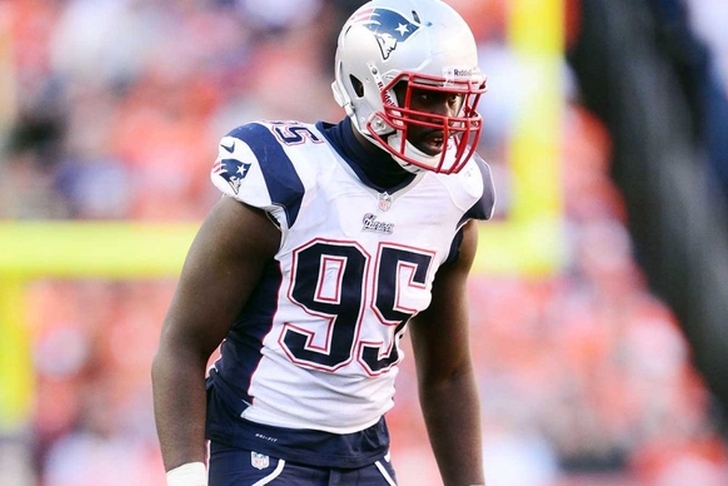 The Arizona Cardinals and New England Patriots have completed a blockbuster trade. The Cardinals are sending a second round pick and OG Jonathan Cooper to the Patriots in exchange for DE Chandler Jones.

The news was first reported by Adam Schefter. The Patriots badly needed offensive line help, while the Cardinals were looking for a pass rushing boost. The draft pick the Patriots added is No. 61 overall, one pick after the team's own second rounder.

Jones recorded 12.5 sacks last season, a career-high for the four-year pro. The former first round pick has 36 sacks in his NFL career and will likely move to OLB in the Cardinals 3-4 scheme. Jones immediately become the team's best pass rusher.

Cooper is a former first round pick, but has battled injuries in his three NFL seasons. He's played in just 24 games, starting 11 of them.

Jones is set to hit free agency after this season, and the Patriots might not have been able to bring him back with Dont'a Hightower and Jamie Collins (among others) also set to hit the open market. As for the Cardinals, they'll need a new starter at guard across from Mike Iupati since Ted Larsen is a free agent.