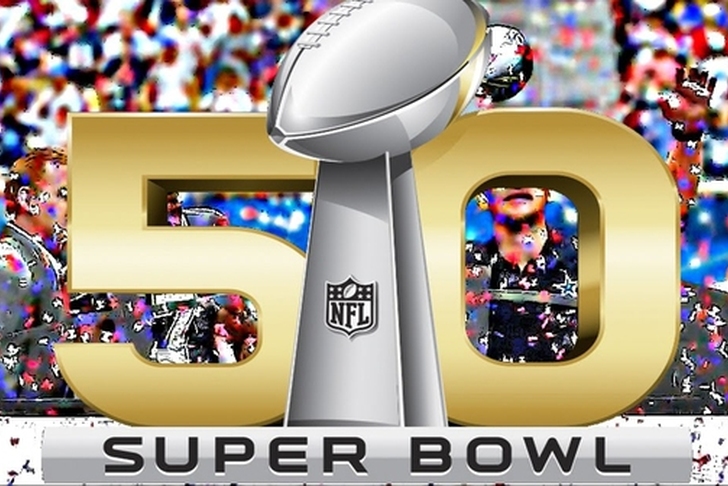 The Carolina Panthers finished off the Arizona Cardinals in a 49-15 NFC Championship Game rout on Sunday night, moving on to face the Denver Broncos, who dispatched the New England Patriots 20-18 in the AFC Championship Game earlier in the day, in Super Bowl 50.

Westgate Sportsbook just released its gambling line for the big game two weeks from Sunday at Levi's Stadium in Santa Clara, California -- with the Panthers opening as a 5.5-point favorite before the service quickly moved the line to four points. Early lines from across the sportsbook world have Carolina favored by 3.5 or four points, per VegasInsider.com.

As for the over/under, the current betting line appears to be in the 45.5/46 point range. After Carolina dropped 49 points on a good Arizona Cardinals defense in the NFC title game, those numbers could move up as the next fourteen days wear on. More on Super Bowl 50 inside our Chat Sports iPhone and Android apps.

Despite taking down the defending Super Bowl champion Patriots in Denver, the Broncos are likely to remain underdogs with the inconsistency QB Peyton Manning has displayed while healthy during the 2015 regular season. The line could even climb with likely NFL MVP Cam Newton set to do work from the other sideline.

If the gambling line climbs back to its original 5.5-point spread or above, the Panthers will be the biggest Super Bowl favorite since the Pittsburgh Steelers closed as seven-point favorites over the Arizona Cardinals in advance of Super Bowl XLIII in 2009 (Pittsburgh didn't cover, but still won 27-23). Denver was a 2.5-point favorite in its last Super Bowl appearance (XLVIII), but fell to the Seattle Seahawks in a 43-8 rout in East Rutherford, NJ.

As for Carolina, they went in as seven-point underdogs to New England in their only Super Bowl appearance in franchise history (XXXVIII, 2004) The Panthers covered, but ultimately lost 32-29 in Houston, TX. Looking for more info on the line for Super Bowl 50? You'll find it on our Chat Sports Android and iPhone apps.

Last year's Super Bowl XLIX betting line closed in a pick 'em between the New England Patriots and Seattle Seahawks -- a game won by the Patriots, 28-24 in Glendale, AZ. That is the only Super Bowl betting line in NFL history to close at a pick 'em.