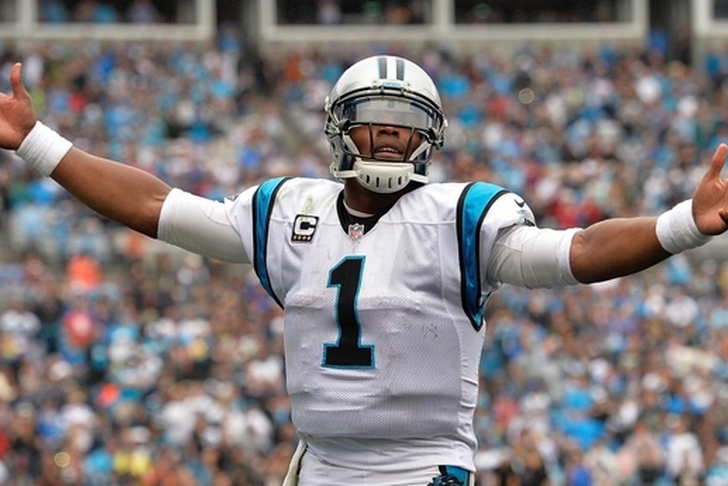 The Carolina Panthers stayed undefeated with a 38-35 win over the New York Giants in a chippy game, using a Graham Gano 43-yard field goal as time expired to preserve the victory.

Carolina looked like they were going to run away with this one early as Cam Newton threw for five touchdown pass in the first two and a half quarters as the Panthers built a 35-7 lead.

New York looked dead in the water, but scored 28 unanswered points - including a 14-yard TD pass from Eli Manning to Odell Beckham Jr. with 1:46 left - to tie the game. However, Newton took over from there, leading a 49-yard drive to set up the game-winning field goal.

Aside from the Panthers reamining unbeaten, the biggest storyline of the game was the matchup between Beckham Jr. and Panthers cornerback Josh Norman. Beckham finished with six catches for 76 yards and a touchdown, but make his biggest impression with his other on-field antics.

After being held without a catch in the first half for the first time in his career, Beckham and Norman were repeatedly fighting in the third quarter. Beckham received three personal foul penalties and punches were exchanged between the two multiple times, while also spearing Norman with a helmet-to-helmet hit on a blindside block that was not flagged.

Newton had another MVP-type performance in this one, passing for 340 yards and five touchdowns while adding another 100 yards rushing.

Carolina can clinch home-field advantge with another win in one of their remaining two games, or with another loss by the Arizona Cardinals. The Panthers close their season at the Falcons next week and at home against the Buccaneers in Week 17.