One Football Player Punches Another – Why Are We Surprised? 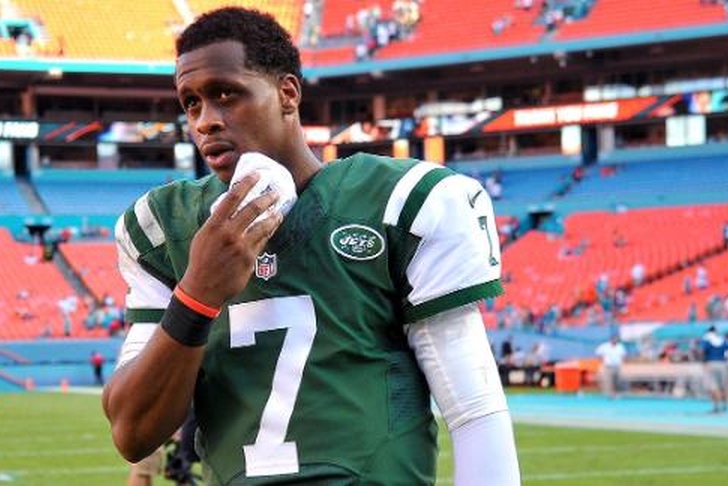 Football is a violent sport. Earlier this week, IK Enemkpali, formerly a Jets linebacker, punched Geno Smith in the face, breaking his jaw, because he felt the quarterback owed him $600.

The NFL has 1,696 players, not including the practice squads. That’s almost 1,700 athletes who have excelled at the sport and ascended to its highest level. And it’s a violent sport.

Players, starting at the youth level, are encouraged to play aggressively, hit each other, or suffer the effects of being hit by another player. These habits are practiced over and over again over years of playing. The players are applauded for hard hits, quick reactions, and winning the individual battles that make up the game.

So why are we surprised when one of the players commits an act of violence off of the field? Maybe it’s just an instinctive reaction in the heat of a moment. It’s a learned behavior and it’s being taught from an early age.

The NFL is the most popular sport in the country. The league generates more than $9 billion of annual revenue, yet endures one public relations nightmare after another as players are arrested for drug charges, domestic violence, driving under the influence of alcohol, weapons, and assault/battery, among others.

Since January 2014, according to www.nfl-arrests.pointafter.com, there have been 77 arrests of NFL players. That’s 4.5% of the league. Of those arrests, there were 26 were either assault/battery or domestic/child abuse. That’s 1.53% of the league. According to the FBI, there were 534,700 violent crimes in the United States in 2011. Assuming those are all by separate individuals (which probably isn’t the case), that’s 0.11% of the population. In other words, it’s almost 14 times more likely than a member of the NFL will commit a violent crime than a normal citizen.

Again, why are we surprised?

In 2013, President Barack Obama said in an interview that while he is a football fan, if he had a son, he would “have to think long and hard before I let him play football.”  He went on to say, “I think that those of us who love the sport are going to have to wrestle with the fact that it will probably change gradually to try and reduce some of the violence.”

President Obama was concerned about concussions, which are pervasive, not only in the NFL, but also lower levels of competition. I am sorry for sounding like a broken record, but it’s a violent sport.

I’m here to tell you that it doesn’t have to be.

Most people watch football, including all levels of play, for the skill players. What if we made the game seven on seven, removing the offensive and defensive lines? The offense would be a quarterback, a center, and five running backs or receivers. The game would be more about finesse and less about violence. Making the field smaller would also help protect players as many of the aforementioned concussions occur in the open field rather than the interior line. The sport needs to continue to take measures to protect its players, their bodies, and their brains.

Would you watch less football without interior linemen? While it wouldn’t solve all of the problems, maybe it would take some of the violence out of the game and therefore, the culture.

IK Enemkpali was arrested while in college for punching an off-duty police officer. He was allowed to continue his college football career. Now, he’s punched a teammate, breaking his jaw. He was released by the Jets and immediately picked up by the Buffalo Bills.

The NFL has yet to weigh in on his punishment, but the message that the Bills are sending is that while they may not condone his behavior, they certainly are willing to look past it. I know it’s my job as a parent to teach my children lessons, but the NFL isn’t making my job any easier.

It’s a violent game, with a violent culture. This is a problem and until the NFL really addresses it, it’s not going away. Changes need to be made at all levels of the game and real change will only come if it’s from the top down.

That said, I won’t watch any less football this season. Does that make me a hypocrite? Maybe it does. However, I can also say with the utmost certainty, my son will never play organized football in its current form. It’s a violent sport and I have no interest in raising a violent son or putting him in harm’s way of a concussion or worse.