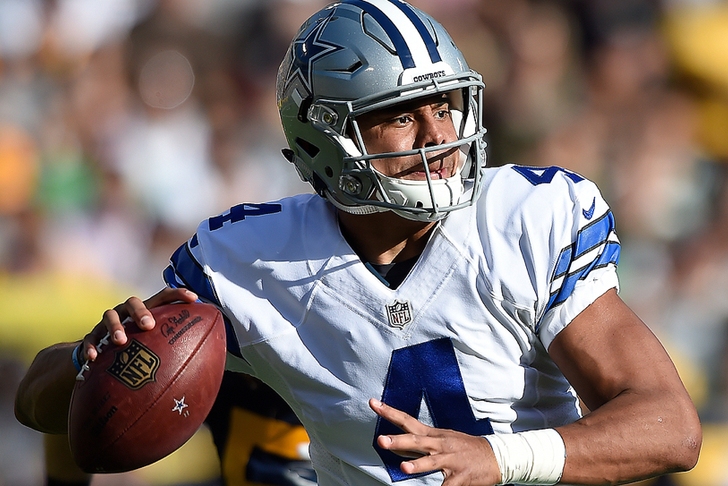 Arguably the biggest story of the year in the NFL thus far has to be the emergence of Dak Prescott in Dallas. It was the Carson Wentz story, then the Sam Bradford, then the Tom Brady, but overall you’d have to say Prescott has been most impressive. Should he keep the starting role ahead of Tony Romo this weekend, he’ll have an amazing opportunity to light up the stat sheet against the Browns. He’s not the only rookie that has been lighting up the league though. Let’s take a closer look at the next generation of NFL’ers so far.

First off, let’s stay on theme and talk about Dak. The Mississippi State standout was taken in the fourth round by Dallas and is currently sixth in QB Rating with 99.6 percent. Tony Romo has gotten healthier this week and it’s a tossup for the starting role heading into Cleveland. For what it’s worth, even though it’s not head coach Jason Garrett, Jerry Jones has implied that he’d like Dak to stay as the top dog. NFL Sportsbook TopBet maintains that regardless of who’s at the helm, the Cowboys are still -7.5 point favorites on the road.

Aside from DP4 in the pocket, Ezekiel Elliott has shown that he was easily the best offensive rook on the board last spring. The young back currently sits atop all running backs in the NFL with 799 yards. He is also tied for fifth among backs for touchdowns with five.

On defense, the San Diego Chargers have showed that, even though they missed Joey Bosa for the opening few weeks, they may very well have won the 2016 NFL Draft. Former Ohio State standout Bosa and linebacker Jatavis Brown have each been named Rookie of the Week and are currently transforming the Chargers back end game in and game out. Bosa has four sacks through four games and 13 tackles in that same span, while Brown has tallied a surreal 54 tackles through eight games, with three sacks and one fumble recovery.

A lot of people saw the Jacksonville Jaguars as a possible draft winner with Jalen Ramsey and Myles Jack. The two, however, have struggled through the first half of the season. Ramsey, arguably hyped as the best defensive player in draft, has only tallied 30 tackles with zero interceptions thus far. Meanwhile, Myles Jack took four weeks to enter the starting lineup and has only registered nine tackles through seven games.

On offense, between the burst of Dak Prescott and Ezekiel Elliott, the Dallas Cowboys are without a doubt your offensive rookie winners. While the Chargers, although their record doesn’t show it, are definitely the early rookie crop champs on D. Now, if either of those teams can sustain momentum for consecutive weeks on end, they could have something truly special.