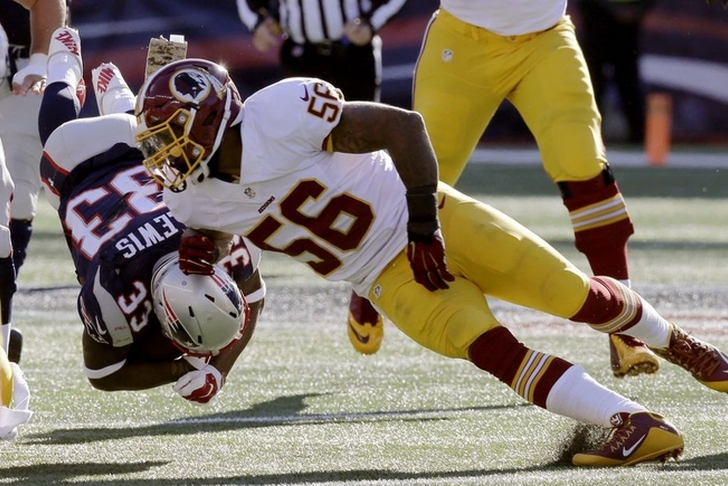 The NFL has been plagued by injuries this season and Week 9 was no exception. Several well-known players were bit by the injury bug, and we're here to recap what happened.

Check out the latest the full NFL Week 9 Injury Report below.

- Patriots RB Dion Lewis was one of the most surprising players of the season, but his season is over. Lewis tore his ACL against the Redskins and won't play again.

- Steelers QB Ben Roethlisberger was injured again this year, this time suffering a foot sprain against the Raiders. He's expected to miss a few weeks.

- Vikings QB Teddy Bridgewater suffered a concussion against the Rams when he took an elbow to the head on a slide. He passed the first test in concussion protocol, which is a good sign for the Vikings.

- Packers RB Eddie Lacy is battling a groin injury. It's reportedly just a pull, but he could miss next week's contest.

- Raiders RB Latavius Murray suffered a concussion against the Steelers, but shouldn't miss any games.

- Jaguars WR Allen Hurns sprained his foot, but he'll fight through the injury.

- Bills RB LeSean McCoy injured his shoulder against the Dolphins, but is expected to be able to play next week.

- Broncos LB DeMarcus Ware aggravated his already-injured back against the Colts. He could miss up to a month.

- Cowboys LB Sean Lee suffered a concussion against the Eagles. The injury-prone Lee is in concussion protocol.

- Eagles LB Jordan Hicks' season is over, as the rookie was placed on injured reserve with a pectoral injury. It's a tough blow for the Eagles and Hicks, as he was playing well.

- Saints QB Luke McCown is done for the season, as he needs back surgery. The Saints added Matt Flynn to replace McCown.