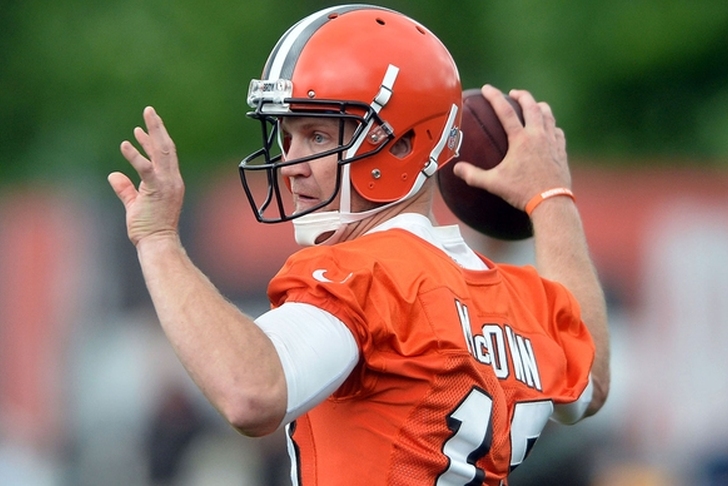 Training camps are now in full swing, and several are filling out their rosters by signing veteran free agents. There is also excitement for the upcoming preseason, which starts on Sunday with the Hall of Fame Game between the Indianapolis Colts and Green Bay Packers. Check out the latest NFL news and rumors below.

“I have no thoughts, whatsoever,” Jackson told reporters on Thursday. “You said it, it’s rumor. There is nothing to it as far as we’re concerned. I’ve heard about it, obviously I have, but I feel good that he’s here. He’s a Cleveland Brown and I know nothing else about the other part of it. I would think I would know exactly what’s going on. I feel very good about where we are and what we’re doing, and right now, there’s nothing to report or talk about.

“I hope we’ve created an environment for all of our players to really want to be here, whether it’s in the quarterback room, running back, tight end, defensive backs, anywhere. I think this is a tremendous opportunity for any football player. With our ownership with Dee and Jimmy [Haslam] and [executive V.P. of football operations] Sashi [Brown], the rest of our executive group and myself, I would hope that this is somewhere where a lot of players want to be and want to stay.”

McCown started eight games for the Browns last season, but now figures to be the backup to Robert Griffin III. He passed for 2,109 yards and 12 touchdowns to just four interceptions in 2015.

Cowboys going after Freeman?
Dallas is also going after Bucs backup quarterback Mike Glennon, but there is a former Tampa Bay quarterback who would like to throw his name in the mix. According to ESPN's Josina Anderson, NFL veteran Josh Freeman has let the Cowboys know he's available and wants a chance to be their backup QB:

Clarification: Ron Freeman, the agent for Josh Freeman just told me, that he reached out to the #Cowboys Wed (cont) https://t.co/6Dtl5Yb43X

Freeman did appear in a game for the Colts last season, going 15/28 for 149 yards, one touchdown and one interception in a 30-24 win over the Titans.

"I’m not sure of the extent of that injury, but we’ll obviously, we’ll be very concerned with that injury, but hopefully right now it doesn’t appear to be with the ligaments involves, so we’ll just keep our fingers crossed there," Ryan said, via WKBW. "I don’t know if he hyperextended it, I’m not sure, but it just looked odd," Ryan said. "He wasn’t hit, none of that stuff. But sometimes those can be the worst ones, so I’m hoping. We’ve just got to keep our fingers crossed and hope he’s fine."

Ryan also said that they do not believe that Ragland suffered a torn ACL. Buffalo selected the former Alabama linebacker with the No. 41 overall pick in the draft.