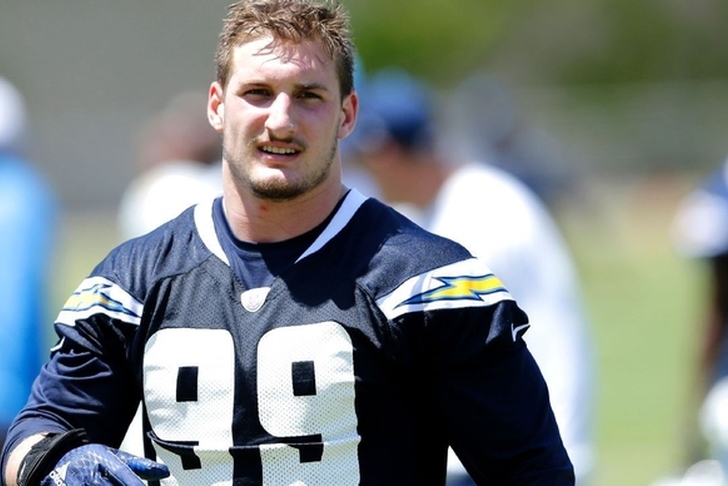 Training camps are now in full swing, and several are filling out their rosters by signing veteran free agents. We are also still waiting for the start of the preseason, as last night's Hall of Fame Game between the Indianapolis Colts and Green Bay Packers was canceled due to unsafe field conditions. Check out the latest NFL news and rumors below.

Bosa to demand trade?
San Diego Chargers rookie defensive end Joey Bosa is the only unsigned draft pick remaining from the 2016 draft, and the standoff between him and the team doesn't appear to be coming to an end anytime soon. The two sides reportedly haven't talked since July 28, and Bosa's mother, Cheryl, isn't happy about the situation.

On Facebook, she responded to a post saying: "It bums me out for him so much. Wish we pulled an Eli Manning on draft day."

San Diego drafted Manning No. 1 overall in the 2004 draft, but Archie Manning said he didn't want his son to play for the Chargers. He ended up being traded to the New York Giants for No. 4 pick Philip Rivers, plus several other picks.

There's no guaranteed that Bosa will do the same, but there doesn't appear to be a resolution in sight - and Bosa's mother's post at least indicates they have thought about demanding a trade.

Broncos name two QB starters
The Denver Broncos have the most intriguing quarterback battle in training camp as Mark Sanchez, Trevor Siemian and Paxton Lynch are fighting to replace Peyton Manning. However, ahead of the first preseason game, the Broncos have named TWO starters, according to ProFootballTalk:

At quarterback, Mark Sanchez and Trevor Siemian have been named co-starters on the team’s first depth chart of the year, via multiple reports.

It remains to be seen how the preseason reps will be divided between Sanchez and Siemian. Presumably, they’ll get roughly equal reps with the No. 1 offense until the third preseason game. By then, coach Gary Kubiak should be closer to naming the first guy who inevitably will be benched at some point during the regular season.

Sanchez is widely expected to win the job, but performance in preseason games will likely determine which of the two will get the job.

"It's time. Robert has earned the right to be named the starting quarterback of the Cleveland Browns," head coach Hue Jackson said. "Since he was signed back in March, Robert has made it clear through his actions that he is willing to do everything that has been asked of him to earn this role. Throughout this process he has gained the respect from his teammates, the coaching staff and the entire organization that is necessary for him to lead our offense and really the entire team. Pep (Hamilton) has done an outstanding job with that room to get us to this point so we can make this decision at what I feel is the optimal time which enables us to best prepare for the regular season. It's now on Robert to show the organization and our fans that this is the right decision. Throughout the offseason program and training camp, Robert has shown improvement every day and we expect him to continue to ascend as he becomes more and more acclimated to the offensive system we will employ this season. I've been crystal clear on what we expect from Robert. He fully understands the responsibility and I feel he is ready to handle this role."