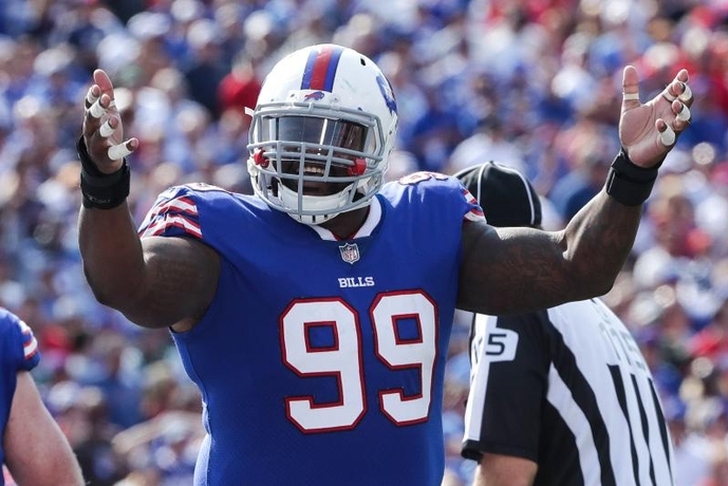 The NFL Trade Deadline is fast approaching at 4:00 pm ET on Oct. 31, and while there has been minimal action so far, that could change in the coming days. Pittsburgh Steelers wide receiver Martavis Bryant's trade request is still dominating headlines, but the team has remained adamant about not trading him. In terms of other players that may be dealt, here are the latest trade news & rumors you need to know:

While he didn't request a trade, New York may very well decide to deal him, according to James Cratch of NJ.com.

Rodgers-Cromartie is 31, but he still plays at a high level at a premium position and is under contract through 2018 at a team-friendly rate ($7 million in 2017, $6.5 million in 2018), and any new team could cut him after this year with little penalty.

The Giants will likely release Rodgers-Cromartie after this season. It would make sense to clear some extra cap space, and pick up an asset in return, by trading early.

Rodgers-Cromartie has 27 tackles this season.

The Bills remain quite open to moving the former first-round pick if at all possible, sources said, though that will be a struggle. The rest of the league knows he is available ahead of the trade deadline -- which comes a week from Tuesday -- but the contract and his spotty effort remain a primary concern. Despite carrying a big salary ($10M) and unwieldy cap numbers (over $16M each of the next two years), the Bills could absorb the cap penalties from dealing him now, though they don't anticipate much interest in him.

Dareus has had minimal impact for Buffalo this season, recording just eight tackles and one sack in five games.

Texans willing to trade Duane Brown
Houston Texans offensive tackle Duane Brown ended his holdout earlier this week, and while he is expected to return to the starting lineup, the team is trying to trade him, according to Mike Florio of ProFootballTalk:

Brown has engaged in a lengthy holdout, skipping all of training camp, all of the preseason, and all of the regular season, so far. The Texans are willing to consider an offer that would help them replenish a 2018 draft class diminished by the loss of a first- and second-round pick. For now, though, it’s unclear whether an offer will come.