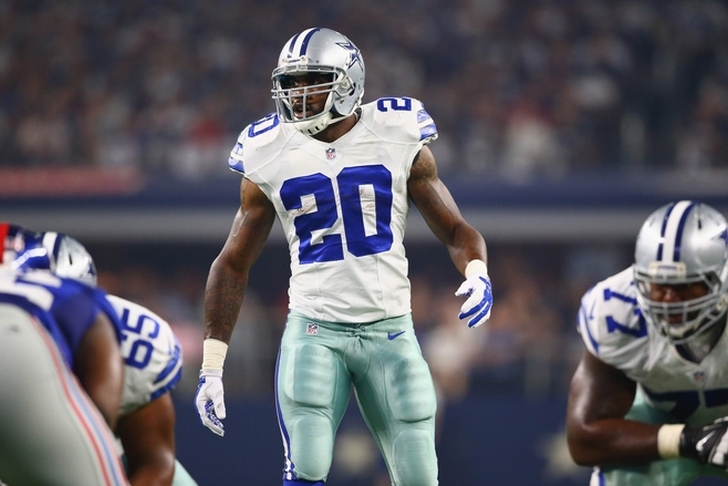 The NFL trade deadline is just days away (Nov. 1 at 4:00 pm ET), and as a result, the trade rumors are swirling around the league. Several of the league's worst teams are looking to unload veterans for draft picks, while contending teams are looking for the missing piece that could be the difference for them in the playoffs. Here are all the latest NFL trade news and rumors:

Lions targeting McFadden
The Detroit Lions have some serious questions at running back with Ameer Abdullah and Theo Riddick out with injuries, leaving them to rely on the recently signed Justin Forsett, who was cut by the Ravens last week. That has many thinking they could trade for another back, and Sports Illustrated's Andrew Vailliencourt says they could go after Dallas' Darren McFadden:

The man who led the Dallas Cowboys in rushing last year has yet to play this season after being put on the non-football injury list after he broke his elbow during the offseason. However, he is healthy now, and Dallas simply doesn't have the need for him with the way its backfield is performing. The Detroit Lions could be the team that targets him, as their first, second and third string running backs have battled injuries throughout the year, resulting in the call–up of Zach Zenner from the practice squad. McFadden would be able to take over right away as the starter for a Lions team that is suddenly in the wild card mix, and could probably be had for a mid-to-late round draft pick.

McFadden does not have a single carry this season after rushing for 1,089 yards and three touchdowns on 239 carries last year.

Bears not trading Jeffery
Chicago Bears wideout Alshon Jeffery has also been rumored to be on the trade block. He will be a free agent in the offseason, and if Chicago doesn't think he'll re-sign with them, they would be smart to trade him instead of losing him in free agency. However, NFL.com's Chris Wesseling writes that NFL Network's Ian Rapoport says a trade his extremely unlikely.

Rapoport further explained that it's "essentially unprecedented" to trade a franchise player because the new team cannot sign the tagged star prior to the start of free agency.

In which case, the selling team can't expect to receive more than a mid-round draft pick in return for a half-season rental. Since the Bears will likely be awarded a mid-round pick in the compensatory process should Jeffery seek greener pastures in free agency, there's little incentive for a trade.

Jeffery has 32 catches for 520 yards and no touchdowns so far this season.

Tampa Bay making a push to land a vet WR, sources said. Willing to move a pick and/or CB J. Banks or A. Verner for the right guy...

Tampa may have lost Vincent Jackson for the season with a knee injury, and they're now lacking depth with Mike Evans as their only proven receiver.